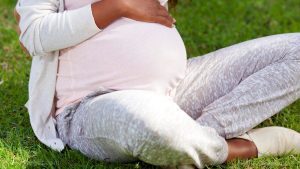 (Natural News) Autism and its causes can be a loaded subject. For every person who believes that it’s connected to vaccines and environmental toxins, there will be someone else who wants to convince you that it’s simply a random occurrence. However, there is now little doubt about one potential cause of autism: pesticide exposure.

This link has been discussed for many years, and a new study has found that pregnant women who have higher levels of one pesticide in particular are more likely have children who are diagnosed with autism.

The pesticide in question, DDT, is actually banned but is still found in many foods today. After it was developed in the 1940s, it was used widely to help stem insect-borne diseases like typhus and malaria, in addition to being used on farms. By the late 1950s, however, it became obvious that it was having a negative impact on the environment; the EPA then banned it in the United States in 1972 because of its harmful effects on human health.

Unfortunately, it is still showing up in our food today as it breaks down extremely slowly over the course of several decades. It can be found in meat, fish, dairy products, and vegetables. Even the EPA concedes that it is “very persistent in the environment.” Making matters worse is the fact the chemical transfers across the placenta in greater concentrations than in the mother’s blood.

In a new study published in the American Journal of Psychiatry, an international group of researchers led by scientists from Columbia University Mailman School of Public Healthlooked at more than a million pregnancies in Finland. They compared maternal serum samples for more than 700 children with autism with matched control cases of children without autism with similar ages and genders to the autistic cases.

They discovered that mothers who had levels of DDE, a metabolite of DDT, in their blood at levels in the top quartile of those studied had children whose risk of autism with intellectual disability was twice as high. When it came to the overall sample of autism cases, the children of mothers with elevated maternal DDE levels had a one third higher chance of autism. The statistics held true after making adjustments for factors like a psychiatric history and maternal age.

The study also looked at another class of environmental pollutants, PCBs, but they did not find any association between maternal PCBs and autism. The researchers put forth two theories for why DDE could be related to autism even though PCB is not. First, maternal DDE is also associated with low birth weight, which is another risk factor for autism; PCB exposure hasn’t been linked to a low birth weight. In addition, DDE can inhibit the important neurodevelopment process known as androgen receptor binding like that seen in rat models of autism. PCBs, in contrast, raise androgen receptor transcription.

According to the authors, this is the first biomarker-based evidence that maternal insecticide exposure is associated with autism in their offspring. They caution the further research is needed to replicate their finding, but it nevertheless provides a promising lead in preventing autism and understanding its mechanisms.

It’s particularly useful when you consider the fact that according to estimates from the World Health Organization, one out of every 160 children around the world has autism. Unfortunately, DDT is still used in Africa for controlling mosquito populations, where it lingers in water and soil for decades and builds up inside the animals and plants that consume it. Next, the researchers would like to look at other organic chemicals in the same Finnish database to ascertain whether they have an impact on fetuses by interacting with DDT.